My Breakup with a Silicon Valley Giant

April 11, 2021
First things first: I was not in a relationship with a really tall tech nerd. I worked for a really big tech company. Just in case you're confused.
I held onto this post for two years before publishing it. You know, just to make sure the steam had cleared from my ears. It's pretty much an accepted part of 21st century Silicon Valley life that you'll be hit by a layoff somewhere along your career. But it's a gut punch when it happens, even if you have the confidence of knowing you'd done great work and it's about politics and budgets vs. performance. Even though I'm mostly a dog person, I went the feline route and landed on my feet quickly in a new role.
That said, I still haven't figured out my break-up song. But it definitely includes less cathartic yelling than the original Linkin Park candidates. 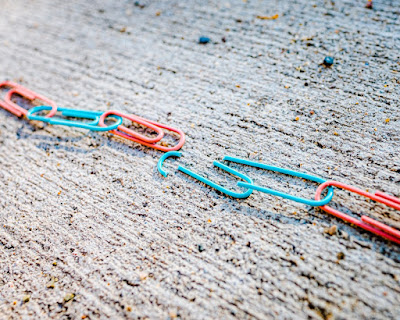 I'm trying to figure out my breakup song. It's not sappy and wistful. Honestly, it's a bit edgier, but I've chilled out since "the day."

Ending a relationship isn't easy. Ending a 19-year relationship? Definitely a tough experience. Even though this was a professional relationship vs. a personal one, the split was hard. It's not that things were perfect. We'd been drifting apart for a couple of years.

Oddly, my medical missions to Namibia aligned with the major relationship shifts. In 2016, while on my way home, the director of my team messaged me to say that he'd been affected by a limited restructuring—corporate code for "big freaking annual layoff." In 2018, I had one vice president when I left US soil and a different one when I returned three weeks later.

In place just a week when I returned to the office, the VP had put the team into a spin cycle. I came back to my teammates panicked about meeting new demands and preparing for review meetings. We were rapidly moving from a collaborative world to an autocratic one. The atmosphere went from collegial to survival mode seemingly overnight.

I'd experienced plenty of leadership changes over 19 years, but this was extreme. Members of a highly functional, collaborative team were suddenly forced to validate their existence in a very aggressive mode of interrogation. I half expected Chicago PD's Hank Voight to walk into the room when it was my turn.

Culture has always been a big deal where I worked. It's one of the reasons I worked there as long as I did. After you interview someone, the recruiting team always asks whether the candidate is a good fit for both the team and the company culture. This new VP was not a culture fit at all.

On a lovely Monday in November, the tell-tale sign of boxes in the elevator lobby signaled "layoff day." My manager moved our weekly 1:1 from Thursday to Monday during the lunch hour. When she requested that I move into an office for the call, it was pretty clear. Granted, it was an awkward conversation by the very nature of the agenda. She read the HR-provided script word for painful word.

I had my desk packed up within 30 minutes and was out the door, stalked by some security thug who tried to be invisible. It was like being followed by a dog who knows you have food but is too timid to ask for it. In hindsight, it would have been much more fun if I'd asked him to carry the three-foot pink flamingo garden ornament that I kept at my desk to the car. Oddly, I wasn't in a "just for fun" mood at the time.

No one had mentioned restructuring the team. I did know that the new VP was adding headcount where we had been told there was none. And everyone the VP brought in came from one place, the VP's previous employer. No competitive interviews, no opportunities for internal applicants... just previous loyalty to the new VP.

Truth be told, I'd been checking out online dating sites (well, LinkedIn) for a while before the end. And yes, I'd been on a few coffee dates on the sly. But before I could break up with the company, the company broke up with me. This time I was the one hit by the limited restructuring. Even though I was planning to leave, it was a gut punch.

Had I left by choice, I would have still written this post. It's true that people generally take a job because of the role and company, but they leave because of people. In the time since I left, I've seen the company do some amazing things, but I've also seen the culture shift broaden with the priorities of new individuals moving into leadership roles. Companies evolve, their cultures evolve—sometimes for the better, sometimes not.
The good news is that the relationships that emerged from that culture have survived. I developed an amazing network of professional relationships and friendships that I will continue to value. My next (and current) role emerged from one of those relationships. And it happens to be at a company headed by some of the executives who exemplified the culture at my previous company. It's a different place with its own personality, but the cultural elements made it a soft landing in a new environment.
relationships stress work 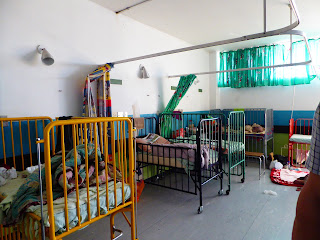 I was sitting in this same spot almost exactly two years ago. (Actually, I think I was in the room next door, but what are 15 feet between friends?) I’d just arrived in Namibia for the first time. On that day, I had some idea of what the next two weeks would bring. Today I have a better idea, but I’m well aware that much changes along the way. Volunteering is often a good exercise in flexibility. In 2012, a friend gave me an opportunity that would change my life. He invited me on a medical mission. I’d already been managing the group's blog and social media for a few years. But the chance to actually travel with the team was something I’d hadn’t expected. I wouldn’t consider myself particularly adventurous, but I knew I had to go. And so, I found myself in Vietnam’s Mekong Delta with the International Extremity Project . Not only did my first trip provide an amazing life experience, but it helped fill a void in my heart. I realize that sounds a bit dramatic, but I’ll explain.

My kid has questions I can't answer. He wants to know how he's supposed to go to school and feel safe. I have no answers. I can't tell him that everything will be fine. I can't guarantee that. I can't lie. On the same day that a Florida teenager went into a high school and killed 17 people, my son's former PE teacher turned himself into the local police for child pornography and other related charges. Boom, crash, splat. He's 14. His sense of safety at school is shattered.  How does he know that someone won't come onto the campus armed and determined to do damage? How does he know that he can trust the very adults he's been conditioned to rely on since pre-school?   How do I answer those questions?