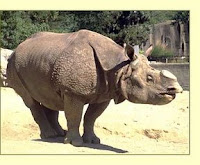 The guy pictured here is my new best friend. I can't remember his name, but in a relationship like this, do names really matter?

I had a horrid week. A week that just got worse like the compounding daily interest on a very bad short-term loan. It was capped off by some arrogant, self-important, female-fearing twit who opted to rip into me about the work I do and suggest that I was in the wrong job, should be removed from my clients, am a complete failure in any sort of collaborative work, and probably wasn't even a nice person anyway. Ouch.

Logically, I know the guy has some sort of issue with me or the rest of the planet. Or he's completely stoned on the fictional kool-aid of a pathological liar in the near vicinity (who does exist, by the way). Logically, I know he's wrong.


But after a week of multiple challenging conversations, communication judgment errors on my part, and an overall haze of bad attitudes roaming the environment... I left the office early. Quickly and not gracefully. I had to drop off something for someone in another building and pretty much lost it and had to go outside and recompose myself on the balcony before being able to speak.

(No one is supposed to know that I actually have human emotions. Any revelation of this fact to outsiders will result in immediate revocation of blog-reading privileges and a sudden increase in campaign donation solicitations from the republican party.)

The good news, beyond my logical brain eventually kicking the ass of my emotional brain after I got the proper amount of oxygen in my system, Linkin Park in my auditory canal, and primal screaming in the car...


The good news is I have friends who, when my logical brain has gone temporarily AWOL, remind me that I'm not actually the beyatch I claim to be, that guys with shrunken anatomy will generally attempt a verbal take-down on a woman they consider intimidating, that I am good at what I do and people appreciate it, and that I shouldn't have to take that kind of crap.

And my friend the rhino? After all of the fecal matter that hit the oscillating device during the week, @ and I had the opportunity to feed a 5,000-pound Asian Rhino carrots and celery at a members' event at the SF Zoo. He's a massive, thick-skinned, not exactly cuddly looking, beast (terms potentially also used to describe me at times, if not by others, by myself). He's all of those things and oh-so-gently took a carrot from @'s hand and let me put a stalk of celery in his formidable craw. And that brief but amazing moment will soon be the only specific thing I remember from this week.

I will always remember that I have great friends who will back me up, mock the people who pick on me, rant and rave in my defense, write on their arms to make me laugh when I'm convinced it's not possible, and send me virtual hugs via e-mail with promises of real ones next time I see them. Yes, even prickly little me appreciates a good hug now & then. Who knew?
Electronically scrawled by Wordjanitor at 7:25 PM No comments: