Showing posts from January, 2014
Show all

Destination: Castro Valley via Livermore to Tracy and back, freeway free Mileage: 100-mile loop Route It's January. The weather is insane -- in a good way, kinda. So far, January 2014 has been chock full of fabulously beautiful days. Warm, sunny, and ripe for riding. It should be raining. We need the rain. But until the water falls from the sky, it must be time to ride. Our group of 30 met up at Peet's for coffee, conversation, croissants (chocolate, thankyouverymuch ), and all that good stuff. We broke into two groups. The first section of the route took Palomares Road, which winds along farms and a few wineries, oak trees, and a creek until it meets up with Highway 84 near Sunol. We continued east on 84 to Tesla Road, which skirts the south edge of Livermore and heads over the hills. By some magical magic of some sort, Tesla Road becomes Corral Hollow Road along the way. OK, so the signage about explosives testing "next four miles" was a bit disturbing. But
Post a Comment
Read more 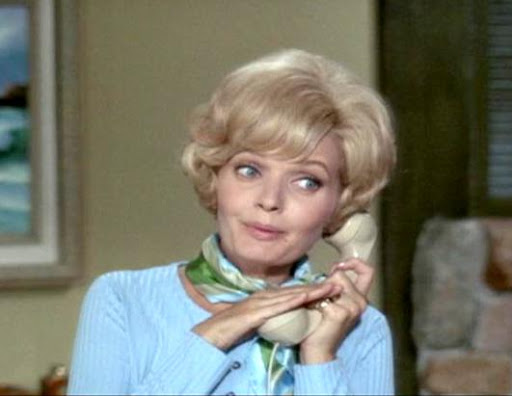 I had a frightening moment while I was washing the dishes tonight. I was revisiting a conversation I'd had earlier in the evening, when I damn near dropped the scrubby brush. Holy crap, am I channeling Carol Brady? I quickly realized that it wasn't possible. And I have a bullet list to prove it: Carol Brady wouldn't have had a scrubby brush to drop. The kitchen sink was clearly Alice's turf.  I am not raising a herd of polyester-clad kids.  That much polyester would make me chafe at every physical joint of my body.  Who in the hell names a dog after a cat anyway? Proof. I have not been sucked into a mental parental Brady Bunch vortex. (And now, a word from our sponsor.       Dearest twitchy grammar nerds:      I fully realize the above list is not of parallel construction, but making it so      would bust the story's groove, so get outta my editorial grill.      Hugs, Me) Yet, there's the instance that brought me to this startling start.
Post a Comment
Read more 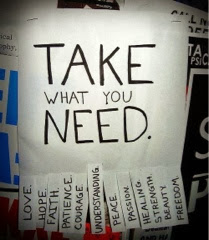 There's something about timing. It's all in the timing. Call it chance, call it God, call it source energy, call it coincidence, call it what you want. Each year, @ and I make and decorate holiday cookies. We eat a few, but I take the rest to the parents at the neonatal intensive care unit where @ spent his first Christmas. I include a letter with his picture, telling our story then and now.  This year, I made the cookies, bagged them in tidy sets of three, wrote the letter, and... didn't take them to the hospital on the 23rd as I'd originally planned. And I just plain ran out of time on Christmas Eve with work, dinner with friends, and a candle-lighting service. On Christmas we headed up to my dad's for a few days. The cookies waited patiently. On Sunday, TG and I ran errands, finishing with a trip to the hospital. As we were waiting to give the cookies to the receptionist, I offered a bag of cookies to a couple that was leaving.
2 comments
Read more
More posts