A search through my file cabinet for a particular piece I wrote eons ago unearthed some random amusement from past attempts to slay boredom with a pen. (Old school stuff -- I had my choice of a pen, pencil, or a typewriter, not a computer.)

It's April, do you know where your parents are? Do your parents know who you are? Have they forgotten you? When is the last time you received a letter that ended "... and your little brother shaved the cat last week. Be good and try not to study too hard. Love, Mom and Dad"

It has been quite awhile since my mailbox was last graced with the presence of such a letter, so I decided to write home and attempt to get to the root of the problem...

I was sitting in front of my empty mailbox, wallowing in self pity and decided that I ought to write to you. It seems to me that you do, but I sure hope that you don't, subscribe to the "out of sight out of mind" point of view. I may not be at home, but I do still exist.

Well, have you invested in stamps yet? Found the Post Office on the map? Unearthed my address from that stack of party invitations that make it so difficult to find the time to write?

You do--I should hope--remember my name. If not, I think my birth certificate is in your file cabinet. It should help to refresh your memories of my name and verify both my existence and relationship to you.

If that doesn't work, check your dresser for pictures. I'm the one wearing the white sheet and the square frisbee hat getting an empty envelope for high school graduation. They did give me a diploma after I returned the sheet. If you want to see the diploma and verify that the name matches the one on the birth certificate, check the floor of my closet.

I'm the one of threw up on your shoulder after amost every meal for the first phase of my existence.

In first grade, I kicked my "Inch-High Private Eye" lunchbox home from school until you broke down and boght me a soccer ball.

If none of the above hit any memory nerves, I'm sure this will: Those demands for outrageous sums of money that you have been receiving and paying? They are not actually ransom notes or blackmail threats. It's my tuition.

Well, I'll be watching for news from you.

P.S. Please send food and money -- not necessarily in that order.

Electronically scrawled by Wordjanitor at 3:59 PM No comments:

Electronically scrawled by Wordjanitor at 7:48 AM No comments: 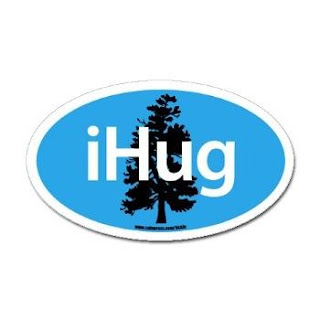 Before someone throws bird poo at me... The irony that these go on CARS is not lost on me.
NICE HUMMER
Sorry about your little pee-pee.

SAVE THE WHALES!
Trade them for valuable prizes!

May the Forest be with You

My Car is an Honors Student
at the EPA

COMPOST
A rind is a terrible thing to waste

SAVE THE EARTH
It's the only planet with chocolate
The one I have in my cube at work?

At least the war on the environment is going well!

Electronically scrawled by Wordjanitor at 12:22 PM No comments:

Queen of domestic culinary skills that I am...
insert laugh track here
... I've never actually made a peach pie. Before today. And now I've made three. And I still have plans for cobblers, strudels, and other such previously unprepared pastrified peachification projects.

I'm on a mission.

My dad's peach trees went more than a little over-the-top this year. Despite thinning the fruit earlier in the season, he has three trees that quite possibly define the term prolific. The fruit on two of the trees is so ripe it can't be transported further than to the house.

So, I've picked, peeled, pitted, and pared pounds and pounds of peaches.

After pie #1 I was already bored with plain ol' peaches, so I've been experimenting... Muah ha ha ha... So far no explosions due to chemical reactions between grated ginger, peaches, and pecans.

Tomorrow... The Strudel Experiment...
Electronically scrawled by Wordjanitor at 3:51 PM No comments:

Interestingly enough, one of my previous jobs included working at golf tournaments every six months. Our company and hosted golf tournaments designed specifically for executive schmoozing at trade shows. The executive schmoozing, in itself, makes it even more amusing that it was my job to be there. At that point in my job history, I owned one suit and it was the one I interviewed in.

My role was as a magazine editor and the tournaments allowed me the opportunity to meet execs of companies we might profile. But it was mostly an escape from the fluorescent lighting and concrete floors of the convention center. And it was an opportunity to spend the day with the professional golfer hired to amuse and gladhand the execs.

The best of the bunch was David Fehrety, also known as "the sharpest wit in golf," who writes for Golf magazine and does commentary for CBS. How can you not like a guy whose tagline on his web page says "Raising potty mouth to a third-grade level"? Definitely one of the more humorous people on the planet. Classic line was one of the (clueless) execs asked him where he got his Ryder Cup bag. "Well, you have to be a pretty good golfer to be in the Ryder Cup."

These days I go to one golf tournament a year, now as a volunteer. This week was the 7th Annual W.L. Butler Construction tournament to raise money for the March of Dimes. This was my fifth year volunteering and this time @ and x came with me as "ambassadors." It's always amazing -- and gratifying -- to see that people who can, will write big checks for a good cause.

Part of our role this year was to give a speech at the dinner and auction.


Last time I gave a speech like this and X was holding @, @ peed on him.

@ and his twin brother were born 14 weeks early and weighed less than two pounds each. @'s brother lived only an hour. Today you see a wicked smart little guy about to start first grade.

After he was born, @ spent 110 days in intensive care, had heart sugery, eye surgery, and two hernias repaired. He racked up a $1.4 million hospital bill. The hospital was the most dramatic part of his journey but it was just the beginning.

@ came home on oxygen and spent his first year home leashed to an oxygen tank we named Hank. Anytime we left the house, we had to bring smaller tanks -- known as Hank Jr. -- with us. @ had a long list of doctors -- pulmnologist, urologist, neurologist, gastroenterologist, opthalmalogist...

He went through two years of weekly speech therapy before he spoke. Now, well, it's definitely not a problem. Quiet... That's the challenge now.

Until a year ago, @ couldn't eat solid food. As slowly as he was growing, his tonsils grew three times as fast and prevented him from swallowing real food. Once he had his tonsils removed, he could eat. The difference was amazing.

We put him in a private kindergarten in case he had to go through it twice. Despite the seizures at birth, the speech delays, and the predictions of the best doctors around -- @ aced kindergarten and starts first grade in two weeks.

His challenges now are harder to see, but he still has a few. The prematurity affected his growth hormones and he's much smaller than other kids his age. Because his hormone levels aren't normal, there are other potential health impacts as well. We now face a decision about daily injections to get the levels right. And let me tell you, this kid will put up with a lot, but he is definitely not fond of needles.

But thanks to an amazingly tough spirit, excellent doctors, and treatments developed through March of Dimes-funded research, @ is here today to thank you and ask for your continued support of the March of Dimes.

Electronically scrawled by Wordjanitor at 8:04 PM No comments: