Showing posts from December, 2007
Show all

OK, it's New Year's Eve and I'm attached to a keyboard. I have a four-year-old and the stomach flu, so I'm all for uneventful evenings. I had high aspirations of writing meaningful things, but it's just not in the cards, stars, or in the air tonight. And, well, things could be worse! Love me, love my dog? Did they have to send in a police dog? Nude Couple Grapple Over Dog Near Shower Monday, December 31, 2007 (12-31) 19:27 PST Bremerton, Wash. (AP) -- A 25-year-old woman was arrested for investigation of second-degree assault for getting into an argument with her boyfriend over whether his dog should be in the bathroom while the couple were taking a shower together. A police report said the man, 26, wanted his dog to join them in the bathroom, but the woman objected on Thursday night. The woman told her boyfriend that if the dog doesn't stay out
Post a Comment
Read more

- December 19, 2007
I hereby admit to some degree of grinchdom. And I am the parent of a kid full of the wonder and energy of the holiday season. Were it not for that energy, I might go full grinch on y'all. It's not so much that I don't want to celebrate the season. In fact, that's just it. I'd like to celebrate the season -- the coming of winter, the falling of leaves, the ice on the windshield, the crisp of the air, the changing of the year. I like to see the outside world get all cleaned up for spring. I like to think about what I learned (and didn't) during the year and what I want to do differently (be nicer to myself) or the same (veggies, exercise) in the coming year. I also love getting holiday cards with obligatory letters. I love the lights. I love how all of those things that stretch my patience make my son's eyes light up. We took him to Santa Cruz for the holiday lights train on the weekend. We ate kettle corn. We sang Christmas carols (see above admission to
Post a Comment
Read more 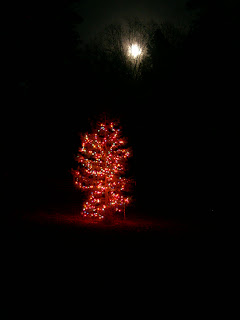 How do I say this without sounding cold, callous, inhuman, etc.? No more effing cancer. Six degrees of separation, percentage of friends/family affected, whatever! It would be one thing if it were all of my Marlboro chain-smoking, 7-11 Big Gulp gimlet-drinking, toxic-waste bathing friends and relatives, but no, it's you healthy people! The exercising veggie eaters. The fresh air breathers. WTF people?! Take a memo to your cells. Tell your cells I'm pissed. I've had all I can take and I can't take no more. Until I have to, then I will take what comes because you have to. I won't shrink away into the corner. I will drive you to where you need to be. I will buy your groceries. I will make you a damn meatloaf. I will stalk nurses in hospital hallways to make sure you get what you need. I will yell at the world on your behalf from the false privacy of my car. I will memorize your phone number and take your calls in the middle of meetings. I will. The photo above has litt
Post a Comment
Read more

- December 05, 2007
Literal Bases After tonight's softball game, my son and I performed our ritual of running the bases together. He does this with a massive smile on his face, though he does tend to slow a bit between third and home. (Ah, but this gives me hope that he will actually sleep when we get home...) We played kickball in p.e. in first grade. I was on third base. They told me to go home! I did. All the way -- to my house. Apparently, it's not called fourth base. The first of many experiences along those lines. I spent a long time with a relatively abject fear of embarrassment. Now, strangely or not, I embrace it every week by playing softball. I'm not good at softball, which is exactly why I play. I play to prove to myself that it doesn't matter that I'm not good at it. I play to prove to myself that I can fail with an audience. I play to prove to myself that I have nothing to prove. (By the way, I did hit the ball today.) Not-So-Literal Bases Lately, everything seems l
Post a Comment
Read more
More posts