Showing posts from March, 2008
Show all

- March 03, 2008
Mock my cheese allergy all you want. his would never happen at Chuck E. Tofu. Two moms allegedly brawl at Chuck E. Cheese in Massachusetts By Associated Press NATICK, Mass. - A child's birthday party at a Chuck E. Cheese restaurant was cut short after a fight broke out between two mothers. Natick police said the mom of the 9-year-old birthday boy apparently became enraged because the other woman's son was "hogging" an arcade game. Sgt. Paul Thompson said Catherine Aliaga, 38, and Tarsha Williams, 33, both of Boston, would be summoned into court to answer charges of simple assault and battery stemming from the scuffle. Thompson told the MetroWest Daily News that police received a number of 911 calls about the fight Saturday night. He said what started as a birthday celebration turned into a "birthday melee."
Post a Comment
Read more 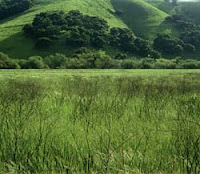 I grew up with an appreciation for the outdoors -- tall tall trees without phone lines running through them, rivers with hoppable rocks, big warm solar-heated granite boulders, dirt paths with deer tracks, clean air. We'll never be mistaken for the Cleavers , but my family camped, backpacked a few times, took a horse-pack trip, and spent a lot of time at my grandparents' cabin near Donner Pass. I carry a memory of a particular meadow -- we were on a backpack trip and took a day hike. I think we followed a creek that lead to a huge expanse of tall grass. I often conjure it in my mind when I need to escape. It's quite possible that the real meadow was far perfect than the memory photoshopping I've done. Part of that photo editing has included "installing" a huge flat granite rock where I can perch. So every time I see someone flick a cigarette butt to the curb, I growl. What would happen if I offered to collect a week's worth of their butts and toss them on
Post a Comment
Read more
More posts