This is so awesome. Sooo very awesome. I have a new title. I am now, officially, as proclaimed by my son, The Crusher of Dreams.

I've earned the title over time, with many incidents proving my worthiness of it, because I am -- after all -- a parent. But my title was not until today bestowed upon me. And bestowed upon me with all of the melodrama such a title deserves.

What, you ask, has brought me this honor? 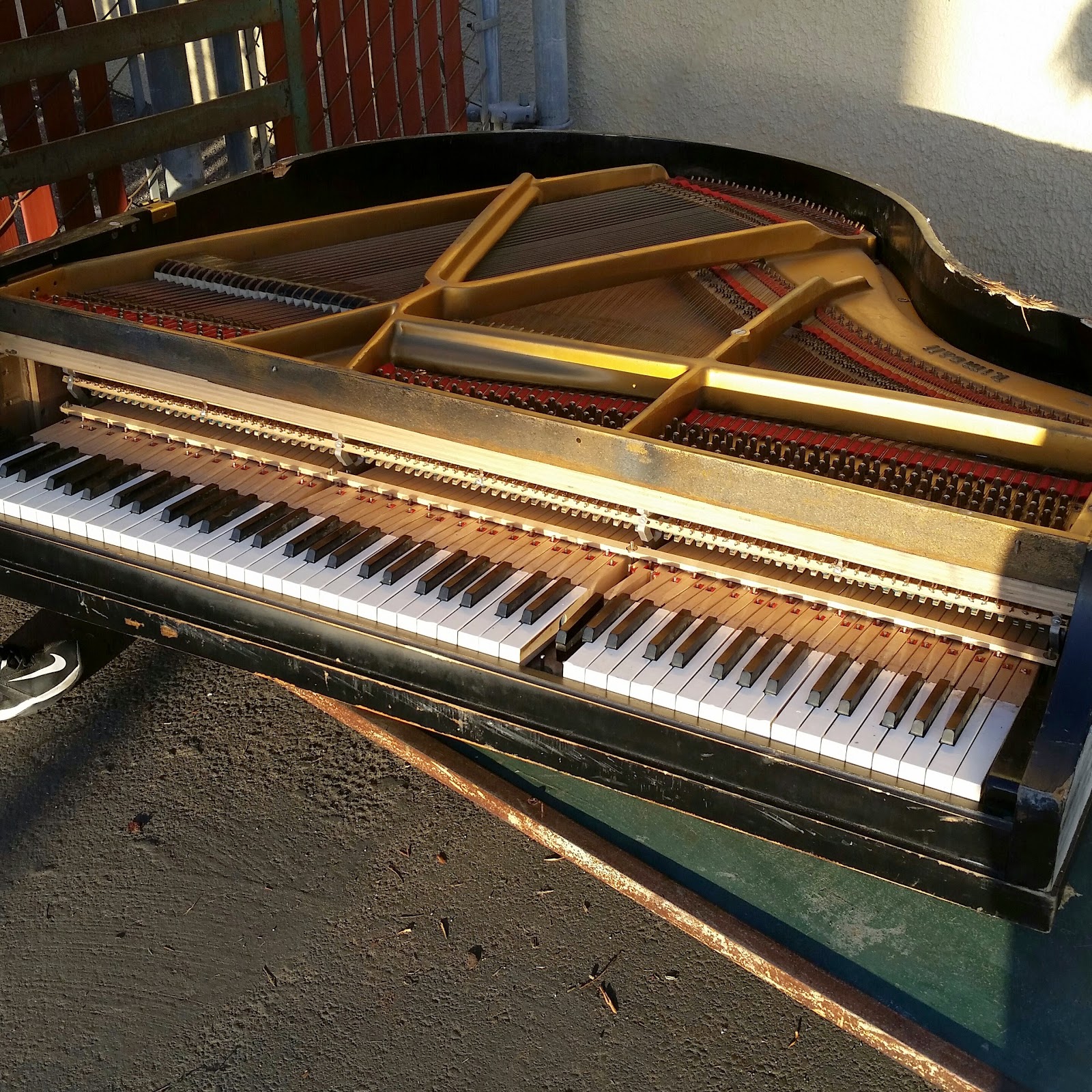 More accurately, parts of a piano. The disintegrating corpse of a piano currently basking in the twilight behind the middle school cafeteria on a large furniture dolly. Legless, lidless, and missing several keys, my son wants this piano for its nostalgic and historic value.

Read more »
Electronically scrawled by Wordjanitor at 7:21 PM No comments:

Three weeks ago, my dad called me with questions. By his tone and the less-than-subtle hint of frustration in his voice, these were very pressing questions:

Why do we have so many damn towels?

Where in the hell did all of these sheets come from?
What am I supposed to do with all these damn towels?
Who needs this many towels?

Then two weeks ago, on a Thursday morning, it was abundantly clear why we had
so
many
damn
towels.

I come by my hesitance to ask for help honestly. It's inherited. Hobbled after a foot surgery, X gave me a bell so I could ring for help when I needed it. Me? Need? Help? True to form, I would wait until he was out of the house, then hop around to get what I needed.

So when my dad called me on a Wednesday afternoon and asked  for help, there was no question. I picked up @ from school and arranged to have TG take him to to school the next morning. My a-m-a-z-i-n-g neighbors agreed to pick him up in the afternoon. I threw some empty boxes in the truck and drove toward a forest fire.

Started by an arsonist on a Saturday evening, the fire had covered more than 20,000 acres by the time I arrived at my dad's house late Wednesday night. By Thursday morning at 7a, the King Fire had made a massive 15-mile run north and expanded by 40,000 acres -- with zero containment. By 10a, I was running out of towels as I wrapped valuables.

Read more »
Electronically scrawled by Wordjanitor at 10:47 PM No comments: