The Amoeba that Ate Pennsylvania 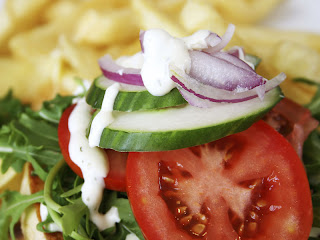 Somehow or other, I've been back at work for nearly a month. Time flies when you're trying to catch your breath and remember how to tie your shoes. Within a quick blink, it was as if I'd never been gone. Except now I have this weird eating schedule and people keep asking me if I'm better now. Well, yes, better than I was before. Cured, no. But that's just how it is.

In the scheme of things, I don't consider the health thing
a big deal -- pain in the gut, yes, but it's really just food. Things could be a lot worse. But somehow people relate to the idea of not being able to eat the way they want and it seems like a big deal. Eh, it is what it is. I have my limbs, my brain (remember, proved by CAT scan), and all of that. Yeah, I do get wistful for raw veggies -- especially when @ is chomping on raw carrots -- but I'll get over it.

Remember: Thou shalt not covet thy neighbor's salad.

But work, now work is kind of a big fuzzy blur of activity, best described along these lines:


Now basically, the only new principal involved is that instead of power being generated by the relative motion of conductors and fluxes its produced by the modal interaction of magneto reluctance, and capacitive duractance.*

Wha huh? I don't know. Really, work is a lot like trying to figure out what in the heck that sentence actually means on whatever planet houses the aliens that might understand it. (Good thing my dad doesn't read my blog. He'd probably let me know that it's actually something quite simple in his world.)

I'm working on a project that has a wiggly amoeba-ish quality to it. But it's the amoeba that ate Pennsylvania. No microscope or petri dish required. I'm used to using the big black Sharpie pen to mark out the parameters, edges, and confines of a project -- then running it thro 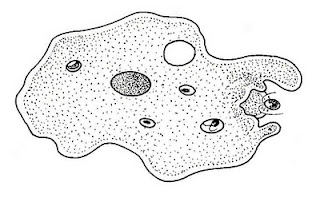 ugh the mill, adding a flourish or two, and making it happen. This time I have a pencil in my hand and I'm wearing out the eraser.

And I'm testing those collaboration skills. OK, I admit it right here: Collaboration is much easier when I'm in charge! This project has teams, subteams, ad hoc teams, hallway conversation teams, and cross-functional parts, pieces, and fragments. And then we have meetings, spreadsheets, tracking systems, and web-based collaborative workspaces with different tracks for the various project elements. Oh, and a partridge in a pear tree.

Kidding aside, it's an interesting project and a cool to be part of the teams, fragments, tracks, and partridges. It's an opportunity to test what I know and how I work. And it's teaching me to write in pencil, meaning not to get too attached to how things should work. Roll with the punches. Keep my yap in check and ask myself "does this matter?" before offering my ever-present two-cent opinion.

But the hardest part? I keep getting on conference calls with people who just don't know I'm funny.

* Truth be told, someone told me he'd give me a dollar if I could work something into a post from this maniacal spoof of a corporate product marketing video that is frighteningly too close to reality. But then when I started writing, well, it just fit. Check is in the mail, right Lazor?
Electronically scrawled by Wordjanitor at 9:40 PM

I'm a man of my word, the Czech is in the male.

"Collaboration is much easier when I'm in charge" should be a bumpersticker!